We are a full service, global pharmaceutical CRO lab that provides high quality service to our clients and provides opportunities for our employees in grow a career in a healthy work environment.

To become one of the best CROs in the world by providing the best service possible, using the best technical know-how at a reasonable value, to enable our clients to develop life-saving medications.

Quality We are committed to excellence in the results we achieve, and how we achieve them.

Integrity Being honest, reliable and accountable in our words and behavior, doing the right things for our clients, company, community, and ourselves.

Respect for people. Promote a diverse culture and commitment to mutually respect our teammates, our customers, and people around us.

Collaboration Working together to achieve common goals is the foundation of our success; seek input and listen, and be flexible and responsive. 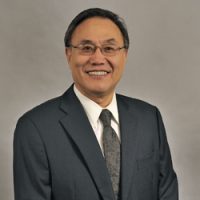 Dr. Song Li founded Frontage Laboratories in 2001 with the ambition of building a client-focused organization to help solve the most complex drug development challenges. Prior to Frontage, Dr. Li held management positions at Great Valley Pharmaceuticals and Wyeth. During this time, he led numerous projects related to the development of pharmaceutical products.

Dr. Li has authored more than 15 scientific publications spanning a wide range of topics, including chiral separations, drug-protein interactions, pharmacokinetics, and analytical chemistry. Importantly, Dr. Li has been the recipient of numerous awards, most recently Healthcare CEO award from Philadelphia Alliance for Capital and Technologies, Ernst & Young Entrepreneur of the Year Award,  the “Realizing the American Dream” award from the Pennsylvania Welcoming Society, and the Outstanding 50 Asian Americans in Business Award from the AABDC. 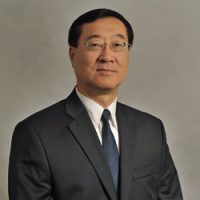 Dr. Zeke Li is responsible for global project management functions and the company’s corporate strategy. As one of the founders and board members of Frontage, Dr. Li has more than 20 years of related experience that began with post-doctoral training at the National Institutes of Health. Prior to Frontage, he served as Group Leader, Preclinical and Pharmacology for Scios Inc., a Johnson and Johnson company. In recent years, Dr. Li has interacted extensively with Chinese biopharmaceutical companies on novel and generic development projects. With in-depth experience in research and development of small molecules, peptides and protein drugs, he has authored and co-authored more than 40 scientific papers and patents.

Dr. Fang has over 20 years of experience in pharmaceutical and agrochemical R&D. Before joining Frontage, he worked as an Environmental Fate and Metabolism Researcher at BASF Agro Research (2000-2004). He then moved on and joined Merck Company (2004-2006) and AstraZeneca Pharmaceuticals LP (2006-2010) and engaged in both discovery and regulated bioanalysis research. He served as Executive Director, Head of DMPK and Regulated Bioanalysis Department at Pharmaron (2010-2014), and as Principal Investigator of Environmental Fate and Metabolism at Corteva Agriscience (2014-2020).

Dr. Fang has rich experience in the areas of ADME, PK/TK, and bioanalysis to support pharmaceutical R&D, environmental fate and metabolism of pesticides and regulatory sciences to support agrochemical registration.  He has extensive knowledge on GXP regulations from various authorities including FDA, NMPA, OECD and EPA. He has proven strengths in managing multiple projects and performing complex analytical tasks and has excellent track record on leading teams and delivering high-quality services to clients. Dr. Fang graduated from Delaware University in 1999 with a Ph.D. in Plant and Soil Science.

Has in depth knowledge of quality&compliance in research and development and manufacturing process in the pharmaceutical healthcare industry.
She began her professional career as analytical chemist in the GMP manufacturing facilities of Wyeth and Organon in Ireland for over 12 years,assumed various positions in the quality control,technical validation departments with increasing responsibility as team leader and section leader.
She moved back to China in early 2006,joined Frontage in Shanghai during its starting phase as QA director, and later on move to V.P. position responsible for overall quality system in the China operation.
In early 2010,she joined Johnson&Johnson global pharma R&D QA organization as QA director supporting all global and regional non regulated,preclinical and GCLP projects in the region.

Dr. Du has over 15 years of US industry experience in drug discovery and development, with a particular focus on biometabolism and bioanalytical (including GLP compliant, GCP clinical sample analysis). She has led and fully participated in two drug candidates for IND filings in the bioanalytical and DMPK areas, including the successful IND and NDA submissions for Sustiva (HIV drug), and the IND and clinical phase I and II DMPK studies for Pfizer’s anti-cancer drug Sutent-Sotan, and has deep expertise in mass spectrometry. Prior to joining Frontage, Dr. Du was the founder and CSO of Calibra, a technology company focused on clinical testing and clinical biomarker development and IVD kit manufacturing.

Dr. Du graduated from Brigham Young University, Provo, Utah, with a Ph.D in analytical chemistry (1991-1996). She has a patent (Alicia (Yinghua) Du, “Method of Neonatal Urine Screening for Organic Acid” U.S. Patent, US2010/ 0126254A1, May 27, 2010). 0126254A1, May 27, 2010, Mass Spectrometry of Organic Acids in Neonatal Urine) and more than 50 abstracts from journals and academic conferences. Contributed several chapters in two books on drug analysis and toxicology. He has taught several short courses on bioanalysis, especially at the China Mass Spectrometry Conference and at the ASMS Mass Spectrometry User Conference in the US. Dr. Du is one of the founding members of CBF (China Bioanalytical Forum) and has led and participated in the successful annual meetings in Beijing, Shanghai and Nanjing for several years.

Min Wang has more than 10years of industrial experience. Before joined in Frontage, She had been worked as project director and team leader for project managers. The therapeutic areas she had been involved including oncology, endocrinology, cardiology, gastroenterology, rheumatology and immunology studies from phase I till phase III, as well as in Vitro Diagnostic trials. She has chaired many studies passed inspection by CFDI, before the product marked.

Min Wang graduated from North China Coal Medical University, and now is working towards master’s degree of EMBA. Min had been working in Southerncross healthcare group as assistant Nurse in England from 2008 till 2010.

To give you the best possible experience, this site uses cookies and by continuing to use the site you agree that we can save them on your device.